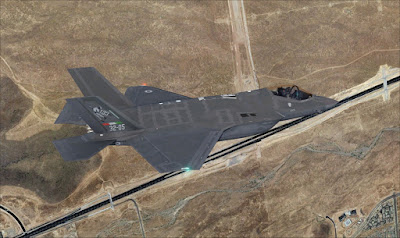 A small belated Christmas present for the F-35 users: here is version 3.55 which is most probably the last update for the "Version 3" of the F-35.
Most likely the next iteration will be a new product, with models rebuilt for PBR support and compatible only with Prepar3D version 4.4 and above (and will require a new purchase). I am sorry to ask for a new admission ticket, but the work needed is too much. I'll try to implement discounts for existing users if the distributors will allow that.
This 3.55 update applies to P3D (version 2.0 to 4.4): latest version for FSX will be 3.53. The zip file includes both the 3.55 version for P3D and the 3.53 FSX, and the simplified MFD and the low res textures as well. Note that using the simplified MFD will disrupt some of the features of this update.
Here is the features list:

Posted by ScimmiaSpaziale at 2:55 AM 8 comments: 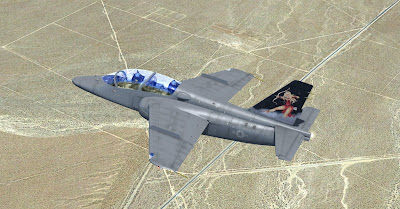 *** EDIT: I just realized that the cockpit model that went into the update did not feature the separate N1 and N2 needles as intended. Also the NX521 repaint had some minor glitches. I have updated the files to version 1.11 ***

Here is a small update to the S-211/M-345 package, mostly meant to address the incorrect behavior of the turn coordinator and the ball in the ADI. I also took the chance to fix a couple of minor things and add a couple of repaints. Here is the list of changes:


As usual the update can be downloaded from my Google Drive either from the side bar or by clicking HERE.

Posted by ScimmiaSpaziale at 6:57 PM 2 comments: