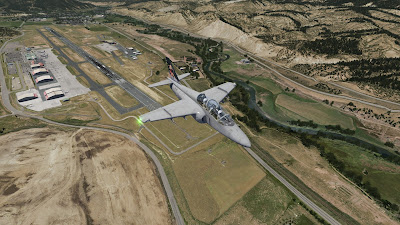 The latest update to Aerofly FS2 has introduced some changes that broke the compatibility with the S-211. The aircraft was still selectable from the menu, but could not be loaded (the sim reverted to the default C172 upon loading).
Apparently the compatibility issue is confined to the generator code, which has been replaced.
Here is an update to fix the issue.

Updated version (full install) can be downloaded from the side bar or by clicking HERE.
Posted by ScimmiaSpaziale at 1:57 PM No comments: 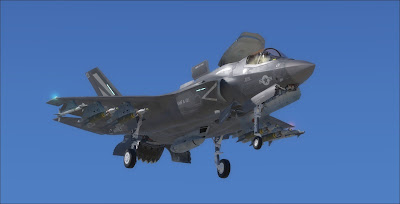 
Download the update by clicking HERE or from the link on the side bar...
Posted by ScimmiaSpaziale at 12:26 AM 4 comments:

Yet another Eurofighter update (version 1.24) 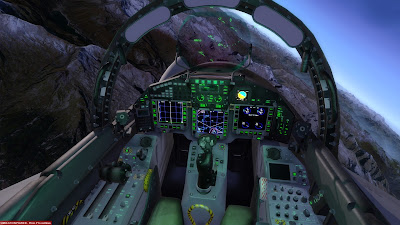 It turns out that even 1.23 was not free of major bugs… so here we are again with yet another update for the Eurofigher. I am sorry for the confusion but, since I have always tried to comply with all the requests I have received, the Eurofighter project is now quite difficult to manage due to its size and model variety (single and twin seater, PBR and non PBR, and then there are the "ubuntu" versions).
For this reason, this is likely to be the last update to support FSX or any P3D version prior to 4.4.
I am sorry for this, but the mainteinance effort is starting to be quite a burden.

Basically the big thing in 1.23 was a bug in the external model that caused Brimstone launchers or missile rails appear under wrong conditions. It did not affect users not employing Brimstones or Meteor missiles...but nevertheless it was annoying.
I took the change to add the possibility to pick negative VVs in the NAV menu as requested by one user.

This is the list of changes for this version:

VERSION 1.24
CHANGES WITH RESPECT TO PREVIOUS VERSION
- Improved autotrim FCS code to reduce possibility of event flooding when the sim is paused
- Recompliled both PBR and non-PBR models to get rid of a visibility conflict issue between
Brimstome and MRAAM launchers
- Changed UVW texture layout in some areas of the PBR models
- Added possibility to set negative VV speeds in the NAV menu
- Fixed minor graphics glitch when entering VV NAV mode

The update files for 64 bit version (with PBR support - P3Dv4.4 only) can be dowloaded from the side bar or by clicking HERE


Users of P3Dv4 up to version 4.3 can download the 64bit PBR version but will have to change the model.cfg manually to deactivate PBR (or can dowload the 32 bit and change the panel.cfg to select the 64 bit .dll's).
Posted by ScimmiaSpaziale at 7:26 PM 1 comment: