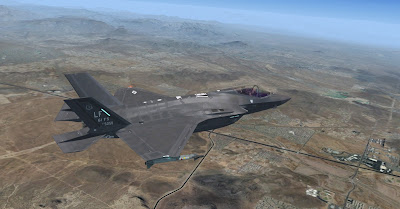 During the development of my new project, the Eurofighter Typhoon, some issues with the F-35 have been identified. Most notably, an issue with V3.20 and V3.21 caused the A-A missile seekers not to work as intended if slaved to a radar track.
This patch should solve the issue as a temporary fix, and bring some other minor improvements.
I have a middle-term plan to release an official update to the installer, which will bring also new features - but in the meantime you may want to install this patch.

As usual the update can be downloaded from the side bar, or by clicking HERE
Posted by ScimmiaSpaziale at 11:57 PM 6 comments: