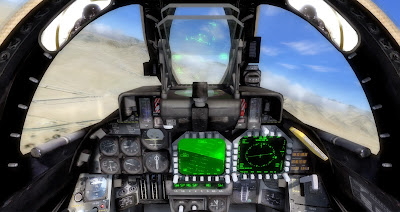 Since I will not be at home for few days, I thought it was a good idea to release a "Beta" version of the F-14D upgrade to version 2.20. Please do not share it on other websites as it is only a Beta. As such it is not listed in the "Download" side bar.
Take you time to test it: that is, if you find an issue please try to replicate it and find what are the exact condition in which it does show - and please provide feedback ONLY as comment to this post in this blog or in the equivalent post on facebook.
I know there are bugs, and some of the features you have requested are still not there... anyway I will surely appreciate your feedback, as usual!

You can download the Beta version BY CLICKING HERE.
Please note that documentation is ABSENT from the Beta release.

A flight on an Aermacchi MB.326


Posted by ScimmiaSpaziale at 2:27 AM 7 comments:

Just a quick note to let you know that I have released yet another small update to the T-45C... actually this isn't much of a change - and then the user base of the Goshawk is relatively low... so I will not be uploading to avsim and flightsim as I usually do.

Download links on this blog (and on the previous release post) have been updated - and you may also download it from my Google Drive by clicking HERE.
Apologies for the inconvenience of releasing so many updated in such a short period of time.
Posted by ScimmiaSpaziale at 7:39 PM 10 comments: 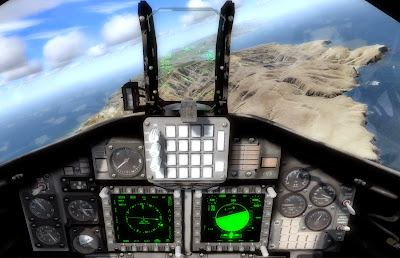 Getting rid of the dependency on the F/A-18 code was a little bit trickier than I thought... it turns out that it was driving also some of the advisory lights trigger I was using... so here we go with a further, and hopefully last for a while, update to the T-45C.

Download links have been amended, and file is being sent to avsim and flightsim as I write.

VERSION 2.51
- Fixed bug preventing AoA indexer to work properly (note: AoA indexer is currently reporting the Angle of Incidence rather than the real AoA... therefore its optimal values are different from the AoA dials, but are now consistent with the HUD indications).
- Added Hook Bypass functionality (clicking the Bypass switch turns on the AoA indexer even if the tailhook is not deployed)
- Fixed minor bug in panel.cfg showing debug data rather than GPS

I took the chance of the release of Lockheed Martin Prepar3d v2 to create and release a (much needed) update to the T-45C Goshawk project. The major feature of this update is that there is a fresh new MFD system, written for scratch to both get rid of the dependence from fa-18.dll library AND have MFDs which are MUCH closer to the real deal (actually some pages are 100% compliant to the NATOPS).

A couple of important notes:
- I have slightly modified the HSI page so that some soft keys are assigned to basic AUTOPILOT functions (rather than Waypoint management)
- Some pages are non-functional - sorry you have to live with that. Some will show "INOP", while some others like the DATA page will show authentic, but inoperative, layout (this is just to show what would be the pilot interface in reality).
- You can make MK76 training bombs appear by clicking the STRS -> A/G -> BOMB buttons. These bombs are cosmetic only and are non-droppable
- The files are signed for Tacpack multiplayer... but there are no weapons whatsoever. The only working Tacpack functions is support for Tacpack Carrier Navaids: you have to enter the Tacpack "VOR equivalent" frequency into NAV1: if Tacan is detected, NAV2 will be automatically scanned for Tacpack Carrier ILS frequency. Tacpack navaids will show ONLY in the HUD (will not show in the MFDs HSI or anywhere else)
- To install the aicraft in P3D you should follow the same procedure as for FSX (with the obvious changes... unzip in the Prepar3d main folder rather than the FSX main folder... I hope this goes without saying, but you never know!)

Detail of the changes are as follows:


Well... I believe that is all. The file, for the moment, will be hosted only on this blog to limit its diffusion in case of major bugs. It will be uploaded to the usual repositories as soon as it is verified it works as intended.

Posted by ScimmiaSpaziale at 12:23 AM 29 comments: