Recovery of the Eurofighter Project... 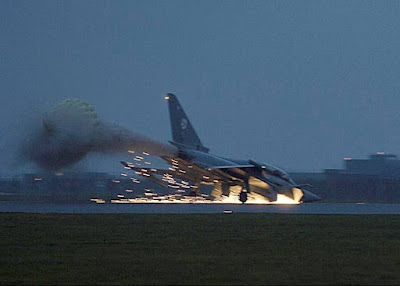 As promised here is a status report of the Eurofighter project after the "ransomware" incident that wiped out all of my source files. Basically you can indeed use ModelConverterX by Aron (great tool...THANK YOU ARNO) to open the .mdl files and convert them into .3DS format, and then reimport it into 3DS Max or Gmax (or other applications....3DS is a very popular format). In principle you loose the animations, smoothing, the materials and the XML taggin but preserve the geometry and the texturing coordinates - as side effect, the geometry is not super-clean nor flawless.
Unfortunately, in the case of the Typhoon, a number of minor details were lost in the process - such as the landing gears, some engine details and the pilot helmet.
So... the external model is recoverable...but will require several weeks of work - not good, but could have been much worse.
Unfortunately, most of the Virtual Cockpit is garbage. A lot of the geometry of the switches and levers is lost or corrupt and require more work than I expected.

Here is the status:

- 3D source models (both external and VC and custom weapons)
- Source texture sheets and paintkit (layered PSD)
- Part of the XML code
- My standard templates for things such as HMD projection etc.

INTACT:
- External .mdl was almost finished (maybe I can use it as it is...)
- Incomplete virtual cockpit (is missing the ejection seat and some other details)
- Latest avionics code (HUD almost complete)

Long story short... I need to evaluate my options carefully. One possibility is to use the external .mdl as is (missing a number of eye-candy features, and the custom weapons) and redo the missing parts of the VC.
More news soon.

Posted by ScimmiaSpaziale at 3:57 PM 11 comments: 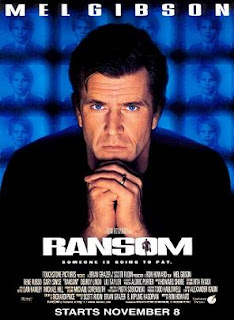 First, THANK YOU ALL for the oustanding support and encouragement I have received - the flight simulation community has always been very kind and positive to me and my projects and it is awesome to know I have such a loyal and appreciative user base.
I have thought a lot on what to do next - and what would be the best thing for me. My final decision is as follows:

- The ransom WILL NOT be paid. It is not a question of the money per se - I am lucky enough so that 500 USD would not make a big difference for my bank account. It is just that I do not like giving money to criminals.

- The hard disk with my source 3D models has been segregated and kept in a safe place. Hopefully, sooner or later, a decryption tool with a key database will pop up. This was the case for similar malwares in the past few years - so there is a small hope. Very small. But it is defintely worth preserving the encrypted data.

- My system has been formatted and it is being rebuilt (with a much needed switch to a SDD). I have already installed Win 8.1, P3D, Tacpack and the P3D SDK. I will restart with a pristine system.

- Once the system is restored and all my design tools are in place, I will see what to do next.

Apart from my personal files (pictures, savegames etc.) I lost access to ALL my 3D source files and all master texture sheets. This includes pretty much 95% of my past work in terms of work hours. The files installed in the simulator were not affected (the ransomware did not touch the Program folder) so my latest flight version of the flight models and XML/avionics code are still available. Current situation is as follows:

AVATAR PACKAGE (payware) - Losing the source files for this project is quite saddening in particular the animation/bone system I created. I planned to update the current version and expand it with additional models, or create a "civilian" package. But given the small user base, and the amount of work needed decision is to TERMINATE the project and any further update. Sales will continue with current distributors

F-35 LIGHTNING II (payware) - I was working on a significant upgrade with would include some bug fixings and some new functionalities. Lucklily the modeling work was finished, and the compiled models are safe - and so are the latest avionic files. Therefore the decision is to CONTINUE the development of the update.

EUROFIGHTER TYPHOON (payware) - This is probably the biggest loss. I will try to recover the geometry by decompiling the current .mdl and see what can be reused and what not. For the moment this project is ON HOLD.

T-45C GOSHAWK (freeware) - I don't know if I could add anything to this project - but it has always been by test bed and loosing it has more a sentimental value than anything. But there is not place for sentimentalism in the modern world so this project will be TERMINATED - version 2.83 is be the final version.

MB.326 (freeware) - An update was in the works with minor bug fixings...The update is CANCELED and the project will be TERMINATED.

S-3B VIKING (freeware) - An update which would have included some minor bug fixing, addition of TFLIR functionalites and a AI-Tanker model was in the works. I'll try to salvage the tanker model, but I cannot guarantee anything. Apart from that, the update is CANCELED and the project will be TERMINATED.

F-14D Super Tomcat (freeware) - There was actually a plan to develop a new, better payware version of this project. Maybe I'll pursue that in the future. As for this freeware rendition, any further update is CANCELED and the project will be TERMINATED.

Also, preliminary work on Aermacchi MB.339 is lost, there is some undisclosed work done on the E-2/C-2 project in cooperation with another developer which - for a pure chance this is safe.

It is still unclear to me if I have the time and will right now to embark on new projects - at least for the moment. I am looking into some very small, very quick projects to develop - just to check that everything is working. I have some ideas... but they are just ideas for now.

That is it for the moment. THANK YOU AGAIN for your support.

Posted by ScimmiaSpaziale at 11:47 AM 11 comments: 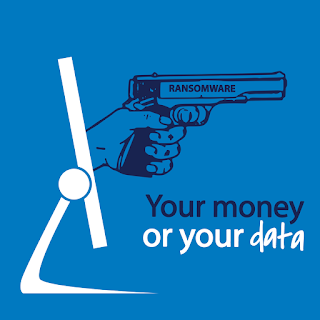 Unfortunately, my Flight Simulation computer has been infected with Cerber Ransomware - which is basically a malware that sneaks into your system and encrypts all your data and then asks for a ransom to get a software to decrypt them. More information here:

After a full night getting documentation and trying any possibility I could read of, it is my understanding that, at the moment, there are no known solution for my case but paying the ransom - which right now I am not willing to do. I may change my mind when I'll be more calm.

Currently, after running several recovery softwares, it seems that all the critical files (mostly source 3D models, animations and textures) are compromised and I cannot access them anymore. The only exception being the files that were actually already installed in the simulator, which have not been touched - that basically means the F-35 update I have been working on.

Therefore, as of today, I have no choice but suspend ALL my projects indefinitely with possible exception of the F-35B update.

I am evaluating all the options I have - in the very worst case, all my current project may be canceled.
Posted by ScimmiaSpaziale at 11:29 AM 19 comments: