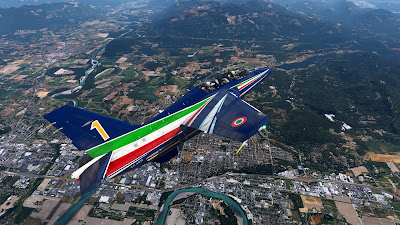 I'd also take the chance to offer my apologies to X-Plane 11 users as I have not been able, so far, to support that simulator adequately. X-Plane 11 is a great flight simulator, and is, in many respects, superior to Microsoft Flight Simulator in my opinion (for one, the flight modeling approach of XP11 is better and way more flexible).
I am exploring other way to support this platform in future - in the meantime I hope you will enjoy the S-211 - a fun little jet which, in real life, did not reach the popularity it deserved IMHO.
Posted by ScimmiaSpaziale at 12:17 AM 14 comments: