Yet another progress report for my projects...

Unfortunately, the public release of the VRS Tacpack update has been delayed once again... and its release date has been changed from "imminent" to "it is done when it is done"... This is a little inconvenience for me, as it pretty much screws up my release plan and schedule, but knowing the VRS guys a little you can rest assured this is done for good reasons and the Tacpack will only get better.
So, here is where I am with my projects: 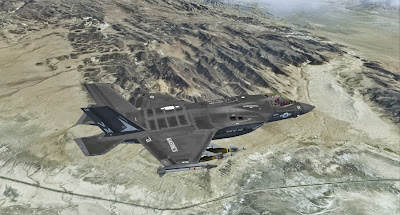 This is pretty much done and ready for release. Actually has been sitting on my HD without further modifications for few weeks now. The only thing that I would like to add would be some sort of pre-planned Air-to-Surface targeting, which is missing at the moment (only TOO targets are supported), but it is good to go IMHO.


Version 2.30
Grumman F-14D Tomcat
This is the project I have been working on for the most part, lately. I planned to provide a very basic Tacpack support...and I am still adding stuff. The updates to the 3D models are done, but I need to write some code for the new RIO switches and functions. And the HUD Air-to-Ground modes has some bugs. Not sure how long it will take to complete it. 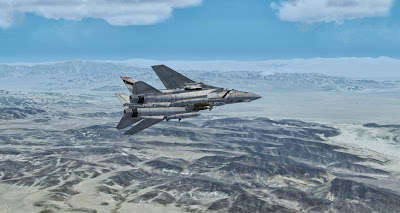 Slow, but steady, progress on this one. The external model is almost done (basically it missing just some texturing), while the cockpit modeling is not started yet. Still looking promising. Here is how it looks right now... 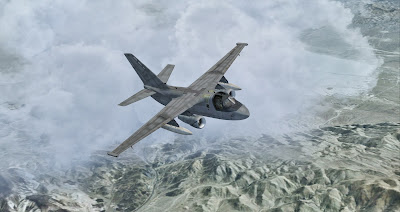 Just a quick note in reply to a frequently asked question: there is NO update planned on this one for two reasons: the first is that there is little to be fixed, IMHO, and the second one is that I do not have time. *BUT* I am still taking notes and listening to feedback - and may be in future I will modify it once again. 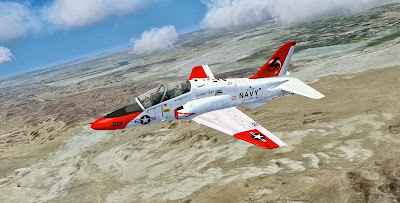 Posted by ScimmiaSpaziale at 1:59 AM 13 comments: