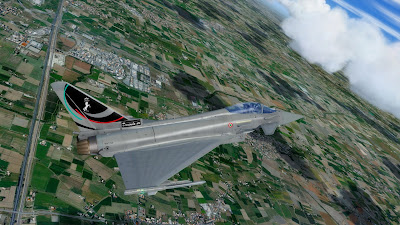 First, my apologies for the lack of replies and updates both on the blog and on the facebook page... I do not have much spare time for flight simming lately, but rest assured I read all your message and value your feedback.

Second, here is the a brief recap of the status of my projects for what concerns the compatibility with the upcoming Prepar3D V4 release (I had a quick look at the release candidate over the weekend and, you have a good, modern hardware, I highly recommed).

In general, the compatibility of P3Dv4 with addons native to FSX and P3D is quite high, as long as there are no external C++ modules involved in the aicraft systems. For what concerns my aicrafts, they often use Doug Dawson's fuel dump and sound effects gauges respectively to manage some fuel system functions (such as external fuel tanks loading/unloading, in flight refuel etc.). These gauges are currently not compatible with P3Dv4, hence:

- In-flight refuel will not work. Aicrafts with external fuel tanks will have minor issues (such as enabling to refuel non-existent external tanks).

- Custom sounds such as voice warnings and other sounds (e.g. the SideWinder growl) will not be played.

...apart from that EVERYTHING else seems to work (except the F-35B STOVL...see below), so by and large I'd say my aicrafts are compatible with P3Dv4. I will update my aicrafts if/when updated versions of these modules become available.

Also, at present Tacpack is not compatible with P3DV4 - so none of the aircrafts will have tacpack functionality.

As per the general notes, no custom sounds and minor issue with the fuel system. The F-35B STOVL function will not work - however, as soon as the new version of FSUIPC.dll is released, it is possible that the function is restored by using the alternate STOVL gauge which relies on it (the gauge is already present in the package as a backup solution and it is commented out).

Aside, P3Dv4 will include an updated version of the F-35A - which includes many of the enhancements of the payware version (and a new livery). Note that the bundled version has NO Tacpack functionality. 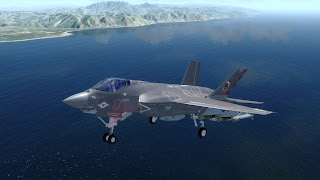 Same as above... no voice warnings and issues with the fuel system, but pretty much everything else works. 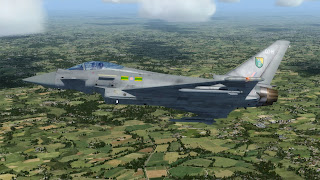 There is an issue with the contact points, so that the Avatars will appear to be literally "knee-deep" into the runway. A small patch to correct this will be released soon.
Anyway, as you know, this package has been withdrawn from sales - it will be re-released as freeware soon (and the release will include the fix). 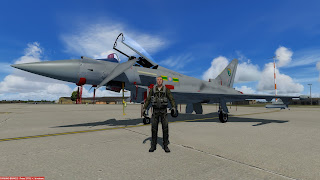 Works fine - except the "phantom fuel tank" syndrome.
By the way, since some of you asked, YES the porting to AF2 is proceeding (veeeery slowly). 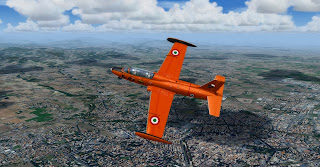 Works fine - no issues at all. :-) !
...and, sooner or later, it might get an update with a new avionic suite by MilViz and AO textures (as soon as I can find the time). 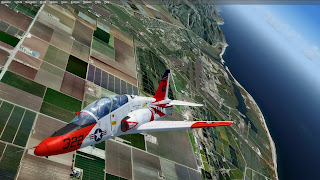 Same story - minor issues to the fuel system... but in general works fine! 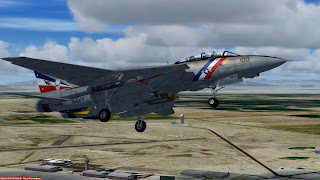 Last but not least... and again minor issues with the fuel system, but in general works fine.
By the way, the AI-Tanker version is almost finished! 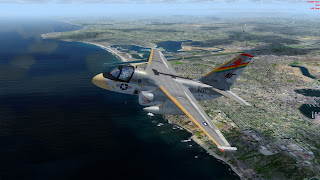 Posted by ScimmiaSpaziale at 4:37 PM 7 comments: 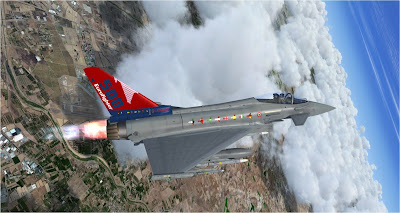 I have just released a new version of the Eurofighter Typhoon to SimMarket, FlightSimStore and PC Aviator. This is basically a "cleanup" release that restores Tacpack Multiplayer Signature and gets rid of some unnecessary avionic code... I also took the chance to add some repaints from the community.
The update will take a little to deploy - you should receive a notification from the distibutor of your choice in a couple of days in the worst case.

Posted by ScimmiaSpaziale at 2:54 PM 5 comments: