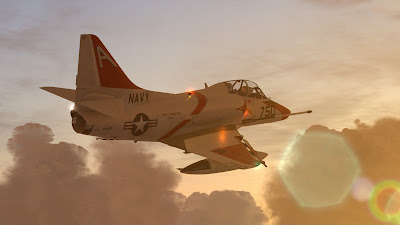 Thank you all for you great feedback and for the support to the TA-4J. I have received many suggestions for improvements so here is a a post that serves as collector of the post-release changes requests….

Posted by ScimmiaSpaziale at 10:37 AM 12 comments: 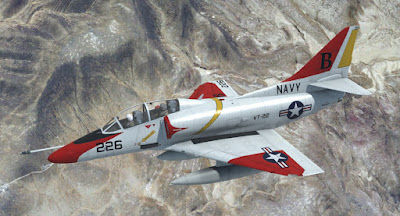 With thanks to all the people involved in the development, and in particular to Roy Holmes for another great flight model, I glad to announce that the TA-4 Skyhawk/Scooter package is now available for purchase at SimMarket.

As normal for this kind of projects, a couple of minor glitches popped-up after release… no major issues at the moment. I am working to solve this, but I will wait another week before releasing an update - just in case more bugs are identified in the short term.

Also, the paint kit is now available for download here. The TA-4 had some of the best and flashiest liveries ever seen in a miltary jet… and picking the ones to include in the package was not an easy job. Can't wait to see what the community will create!

Aside, an FSX version and a single seater are both in the works...more news soon.
Posted by ScimmiaSpaziale at 11:32 AM 1 comment: 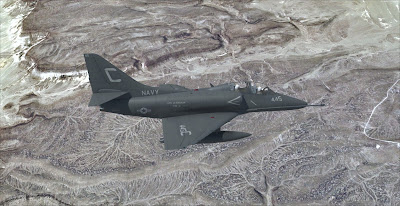 Should you be interested in seeing what the TA-4 for Prepar3D v4.4 does (and does not) simulate, HERE is the (tentatively final) flight manual…

Most of the text was taken from an old TA-4F/J manual scanned into a .pdf file… I used an OCR software to extract the text, but there were a number of characters and words misinterpreted by the software (and then English is not my first language) - I got rid of a number of those errors but still there are dozens of them. Corrections and proof-reading are welcome.

Major deviations from real world flight manual are highlighted as "SIMULATION NOTE(s)" - meaning that what follows is valid in the simulation only and may not apply to real life.

Manual can be downloaded by clicking HERE.

Last, the Release Canditate 1 Build is complete - it will be distributed ASAP (unfortunately I am a little busy in these days) - on the good side (basic) implementations of NWS and APC systems were added. The latter is not super-precise, but kinda works - up to you to tell if it actually helps you in Landing on the boat or not
Posted by ScimmiaSpaziale at 8:35 PM 1 comment: