Lockheed Martin has just released Prepar3D version 4.4, which introduces, along with a plethora of improvements, Phisically Based Rendering. PBR will only work on objects specifically compiled for it - old content will not change: it is still compatible and will show exactly as it did before.

Before upgrading to P3Dv4.4 please beware that:

- The update will disrupt VRS Tacpack compatibility. This means that if you upgrade to v4.4 you will not be able to use weapons, radars, sensors and loadout manager on my planes. Functionality will be restore as soon as VRS updates Tacpack to support P3Dv4.4: no action will be required from your side, just install the new version of Tacpack when it will become available.

- The update will remove any Beechcraft/Textron related default content (e.g. the Carenado Bonanza) so you may want to make a copy of those aircrafts before upgrading.

Apart from the issue with Tacpack, everything else seems to work fine on my aircrafts. On my system, the update seems to provide a slightly better drawing distance and slightly sharper rendering of photoreal terrain. Also, enabling the SpeedTree functionality does not have the big impact it had before on my system (but I guess this is more important for helo and bush pilots). Anyway, here is a quick report of the compatibility of my current payware projects: 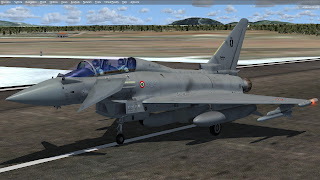 EUROFIGHTER TYPHOON: Works fine, no issues. However until Tacpack is updated, you will not be able to use weapons, radar and sensors. The loadout manager also will not work. Note that you can change the default loadout by modifying the payload on the stations - see the WEIGHT_AND_BALANCE section in the aircraft.cfg for details and the exact weights you need to apply (note that weapons will not work in any case). 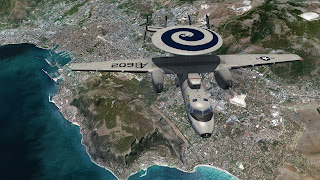 E-2 HAWKEYE / C-2 GREYHOUND: They both work fine, no issues. The radar on the E-2 will also work as it is based on the FSX/P3D radar and not on Tacpack. Tacpack functionalities such as carrier navigation and IFF will not work - but you would not need them without VRSTP in any case. 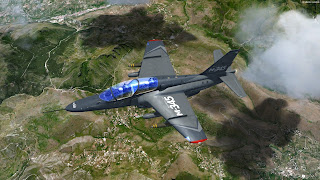 SIAI MARCHETTI S-211 / AERMACCHI M-345: All the models work fine. You will not be able to fire weapons without Tacpack. However you will be able to use the configurator since, on these models, it is not Tacpack-dependent. 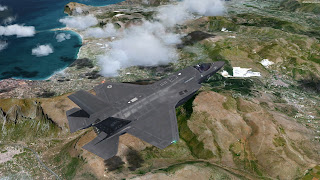 F-35 LIGHTNING II: No issues for this one too but for the Tacpack functions. Weapons, DAS, TFLIR, TWD, HMD and the configurator will not work. The TSD screen will work as it interrogates the FSX/P3D traffic database (does not depend on Tacpack) - as for the Eurofighter, you can also load the aircraft manually (but weapons will not work in any case). The STOVL functionality will work fine :-)

Also, as some of you have asked in the past, here is a quick recap of the compatibility of the freeware projects:

AERMACCHI MB-326 - This has never been updated to 64bit techology: some of the code will not work. You will have issues with weapons loading and custom sounds. Works fine if you use it for VFR flights.

T-45C GOSHAWK - This does not rely on anything but XML, so no compatibility issues. You'll need Tacpack to fire the weapons.

S-3B VIKING - This one has never been updated to 64bit technology: some of the code will not work. Namely you will have issues during in-flight-refuel (you will not be able to receive or give fuel) and fuel tank capacity will not match the configuration. Also, no weapons or configurator until the next Tacpack update.

F-14D SUPER TOMCAT - This one has never been updated to 64bit technology: some of the code will not work. You will encounter some discrepancies in the fuel capacity, also no custom sounds - and then of course no weapons\radar functionality without Tacpack.

FREEWARE F-35 (OUTDATED) - This has never been upgraded to 64 bit since it has been superseded by the payware version: same issues  STOVL functions will not work.

Posted by ScimmiaSpaziale at 1:24 AM

To Whom it May Concern,

I just bought your C-2/E-2 package and am having trouble getting the starboard (right) engine to start. Thew port (left) engine starts easily using the + keys but so far the starboard engine does not start using the + keys command. This applies to both the C-2 and E-2. Any help you can give me so9 I can fly these wonderful aircraft would be greatly appreciated. Thank you.