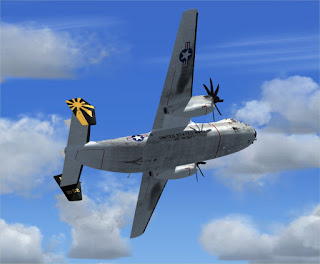 First I'd like to thank you once again for your continued support through 2017 - this has been a great year for my flight simulation projects.

This has been quite a year for flight simulation in general, with the release of Prepar3D v4 and Flight Simulation World (finally 64 bit came to the offspring Flight Simulator X), X-Plane 11, DCS 2.1 and a increasingly growing presence of Virtual Reality helmets. Speaking of VR, IPACS released Aerofly FS2 which performs really well.

As for my projects, this has been the year of the release of the Eurofighter - which was a very complex, very time consuming project. I'd say it has been a (limited) success, as it sold about 700 copies to date. To me, it was also very important as it was my first release after the malware attack which caused the loss of all my source files.

So...here is what is on my mind (and my PC) for 2018 - of course this is all pretty much subject to change without notice at any time.

The Beta testing is progressing... a couple of nasty bugs popped up, while the rest of the issues so far are not very complex to solve. I should be able to release the package within January 2018.

The initial concept of this project was to create a full "Greyhound/Hawkeye" package...but it turns out the commonalities between the two aircrafts are fewer than what I expected. So, I am currently rethinking about the feature list. The C-2 preliminary model, from a professional mesh, looks really good. 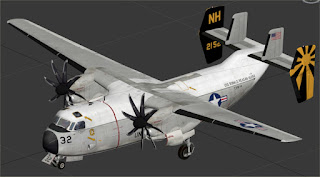 Yes... I am remodeling the Goshawk, too. It is meant for a new "pro" version... I am working on a new, high resolution mesh which should be suitable for modern simulations. Looks good so far, but it will take quite a long time before it will be ready. 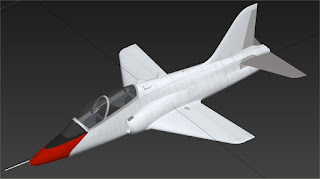 For the moment, I have dropped the MB-339 and T-50 projects. As for the first there is a group of developers working on it in Italy and their version looks good, while korean developers are working on the second one. In addition, public information on the T-50 is way too scarce at the moment.
Now, one plane I'd really like to model is the TA-4J... I am thinking about it.
And yes, the S-3 AI tanker model is still unfinished... sorry for that.

Both the F-35 and Eurofighter projects have been updated recently to P3Dv4.1 through a patch on my blog. I have plans to update both installers, and improve both.

Support for other sims

At the moment, the only thing I have to announce is that the S-211 is being ported to Aerofly FS2 (and looks great and it is super smooth!). We'll see if it makes sense to port more planes. Also, support for FSW is being considered (but...the mdl and gauge files need to be recompiled, so it is quite a break from FSX/P3D).

Posted by ScimmiaSpaziale at 3:20 AM

Hi Dino, it's nice to see that you have ambitious plans. But please continue the Pay F-35 Lightning II first. For example, I still can not operate Switches in the Cockpit, with the Patches "active". A decent Cockpitlighting the Switches would be nice. And the sound; Well, that's ok, but I've made a Soundmod for myself. I can provide you with Pleasure if you want to test them. Maybe you like the sound. Best regards, René

I’m sorry for the MB339, but I do understand that two simultaneous projects are a waste of forces. The other team is working very well too, for what I can see.
A nice C-2 is perfect, we can enjoy a complete carrier wing!
Looking forward to your next news, happy new year!

FLIR should be availible also into FSX for F35 and EF2000, just you need VRS-TACPACK for FLIR funcionality.

Dino , great plan for 2018 , my best wishes for the New Year , with health and prosperity, now my request ....a payware version of the S-3B refueling Tanker!!!!

Re TA-4J: I think this is a brilliant idea. Long overdue really for a well built one.

Dino,
Love the COD...I was in the Navy, and "Codfish Airlines" brought us the mail...I was "lucky"??? to get two traps and a cat in the C-2 as a pax going out to the boat...I have all your airplanes and enjoy them immensely...The T-45 is great fun to go out and get some cats/traps...You might enjoy the NAS Fallon range scenery that's out there...Give the "Bombcat" some target practice:-)

Thank you all for your support and enthusiasm

René's comment is not correct - both the F-35 and the Typhoon support the TFLIR with Tacpack and P3D - you need to have them both. TFLIR is not supported in my aircrafts through FSX (for technical reasons).

Thank you for your answer, sorry for my mistake.

Now you know it more exactly. ;)

Then there are no way to play fsx with tflir everyone?

I'd definitely second the nomination for a TA-4J of the quality your other airplanes have...Simply amazing work! As a former Naval Aircrewman, I am now an "armchair" Naval Aviator...Lots of fun bringing these airplanes aboard the ship...Have you ever considered a Naval helicopter?

Out of curiosity Dino, have you considered maybe making AI planes for DCS? Like some of he planes there are still extremely old and I think that simulator and it's community could use help from guys like you.

For instance there is an open opportunity from this new 3rd party dev called Deka Ironwork Simulations for people who want to help make a China Asset pack. Basically Chinese AI modules for DCS like planes, ships, tanks helis etc which will all be officially integrated into the sim!

Myself and a friend of mine are now working on an H-6K bomber and H-6U tanker for this asset pack too! I really hope you can be a part of it too

Good Day Dino,
From this latest Blog update the C-2 is good news but the TA-4J is an Airplane I have longed for for a long time. I would personally buy 5 copies to distribute to my buddies! Please think strongly about that one! Crossing my fingers, and my toes, holding my breath and turning Blue...... About the F-35C, is there any chance that you might be able to tweak the landing gear a wee bit in the future, or is editing of the 3d mesh one of those things that was lost with the source models? In close comparisons with the real bird taken at the same angles, it appears that the nose wheels are slightly oversized, while the mains are a little undersized and skinny. Also the Nose gear seems to sit a little too high and extend too far when airborne. Don't get me wrong, I love the model. I ditched Facebook, so this is my only communication other than direct E-Mail.

Also curious about any chance at seeing development for DCS. I know a ton of people would love to see any of these military assets in the sim.

Dino,
Love your work, think I've got everything except the Typhoon, and it is sure to find its way too me soon.
There is one aircraft I always keep coming back to though, it's my go-to aircraft for sightseeing and just nice and soothing flight.
The S-3B Viking. I simply LOVE The Hoover, and I would really like to see that working for P3D v4...
Now that I've finally made the jump to P3D v4, getting (incredibly enough, on my puny PC) higher framereates, I still have P3D v3 installed. The Hoover is a major reason for that...I would pay for v4 version of it :)

Just tested it, and you're right :D
Me very happy. I just tested it on a whim, expecting the worst, but it actually worked perfectly :)

I know you have already heard it a thousand times but "YOU ARE THE MAN AND YOUR AIRCRAFT ARE THE BEST"! As a former US Navy carrier pilot I naturally have a bias for your carrier aircraft. I am especially excited about your plans for the E-2 and C-2 and I believe you alone could finally do justice to two aircraft that are still on active duty after 55 years of service. Having flown both aircraft, I can completely understand your statement about the two aircraft having fewer commonalities than what you expected.

I cannot begin to imagine how busy you are developing so many amazing projects, but if I had a vote, it would be for the Prepar3D E-2 first, especially with the Virtavia/FSX Steam (Dovetail) deal. You are one of the most respected and admired developers in the flight simulation community, which is getting bigger and better everyday, as you have previously stated. In any case please keep up your good work and I look forward to your next project.....whatever it is.