So... with the Eurofighter out of the door, it is time for me to think what to do next.
Well, in reality of course I have been planning and making some reseach for my new projects for several months...and here are my current thoughts.

I have been (slowly) rebuilding the source files for the cockpit, in order to create a new, official update to to the F-35 package. The update will be free for existing customers.
It will gather all the changes released through patches on this blog, and will also take advantage of some of the things I have learned and experimented with for the Typhoon (for one, better readability of the MFD and HMD, and improvements to the cockpit interface). I was trying to release this by the end of the month, but I am not sure I can make it. Here is how it looks like right now: 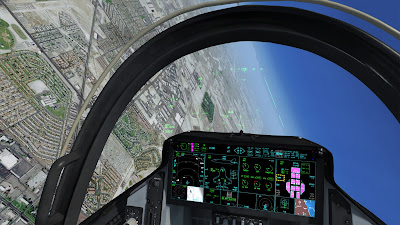 I have also been working to fix the bugs and make some improbements to the Eurofighter package I released 10 days ago. Actually I have already a patch that will fix some of the issues in the current release, but I am waiting another week or so just to make sure that there no other high priority issues arise from the much larger user base (by the way...in 10 days on SimMarket the number of copies of the Typhoon sold has already surpassed the F-35 ones... which tells a lot about the popularity of FSX vs P3D, and of the Typhoon vs the Lightning)... The update will be released as a full installer in a couple of weeks.

This is a small jet trainer, I have been working on for quite a while. After the ransomware attack I wanted a fresh start with a simple project (before deciding to resume the Typhoon) and since a privately owned S.211 is at the local airport I decided to do this. This project looks really good - although I realize that most people don't know this aicraft and may be a little puzzled by the unpopular choice. The extenal model is almost done, while I have dozens of great pictures of the cockpit taken at the local airport - so I believe this may be the best looking cockpit I have done to date (and possibly the most realistic aircraft I have made so far)... 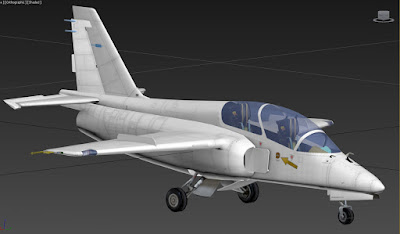 I have been seriously considering the T-50A, too. It is totally doable and would look great, and makes a lot of sense as an F-35-trainer... problem is that cockpit documentation is scarce, and there are not good pictures of it (especially for the side panels) 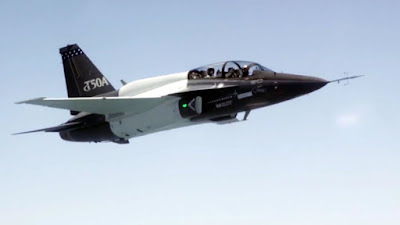 Feasibility for this project looks good but not great...I am postponing it to 2018.


SUPPORT FOR OTHER SIMULATORS

It is no mistery that I am playing with both AeroFly FS2 and X-Plane 11. They both have their own limitations, and, all in all, the FSX/P3D SDK is still way more flexible (at least for the 3D modeling and animation) than these two new platforms.
Still, I am considering to port the MB-326 and the T-45 to both platforms, and eventually the F-35A. But do not expect fully functional VC in neither.

Other projects I have been thinking about (or actually playing with):

T-45C GOSHAWK IMPROVEMENTS - There are some potential improvements which may not require the source files...

F-14 VERSION 3.0 - You really think I was not doing anything on the mighty feline? I am thinkering with improvements and new meshes... but I am not convinced it is the right way to go.

NEW MILITARY AVATARS PACKAGE: new models, with higher resolution meshes and mocap animations... this would look cool, but it is also relatively expensive to make (and sales of the current Avatar package are really low)

Posted by ScimmiaSpaziale at 1:00 AM

On the subject of trainers - would you consider doing the Leonardo M-346 Master? Or maybe the BAe Hawk T2 for us UK fans? The new Thales Scorpion would be good too!

In any case, I'm loving your Typhoon, thanks for everything you do.

Dino, the world needs a great A-6E. One with true all weather flying capabilities.

Dino, this sounds all awesome!
Is there a place where i can Report bugs in the Typhoon? I have some serious issues with SWP entry and Target coordinates setting...

The M346/T346 is being developed by another author...seems a cool project!

As indicated in the manual, the best way to report bugs is by email at indiafoxtecho@gmail.com

Hey Dino, make a Antonov An-12, is a beautiful Military transport plane!

Assuming we need to stick with planes that are in your pipeline or you are already considering, I'd think that a T-50 would makes sense, Dino. It's the most likely successor at this point to the uSAF T-38, so there's an obviously "appropriateness" to creating it in the sim world.

But, documentation is elusive. If we stumble across any, or if Lockheed publishes any in connection with their bid to have the T-50 selected, we'll pass it on to you.

S. Korea is operating the machine that Lockheed has "re-branded' the T-50 - here's hoping those documents can be obtained.

Dino, I would like the T50 as the next project. The TX program will be won by either Lockheed or by Boeing, though I think the Lockheed proposal looks much nicer.

Dino it would be fantastic if you could finish the LOCKHEED S-3B VIKING and make it a ranker!!!!

Thank you for your great work...
Jorge

so no MB-339 on your plans? :(
BTW I'm looking forward to any trainer aircraft you intend to develope.
Happy Easter, Dino!

I don't think that you could go too off center by mating the Korean-built FA-50 trainer with an F-35 cockpit.

LM so far has only built two T-50A aircraft, which is outwardly based on the FA-50. Did you know that Leonardo is one of the other bidders to replace the US Air Force's trainers?

I have a question. As for the AI S-3B Tanker, can you make it compatible for DCS as well? Since it'll be AI only and the current DCS S-3 is a terrible and ugly looking model. All it needs is for the external model to be replaced, the flight dynamics can remain.

Up to now the S-211 is the only project I will develop for sure.
The T-50 and M-346 are probably no-go, for both the lack of information and because some good developers are already working on these.

Maybe the 339 will make a comeback.

Any Chance a Military transport aircraft?

No. With exception of the Greyhound.

...that is basically what I do, yes. Fighters and trainers (with very few exceptions).

Since you playing with other sims any word on Dcs World mods ?

Just a suggestion, but I think you should hold on the T-50A, and wait until the T-X competition finishes to see whether the T-50A or Boeing/Saab T-X wins. Then create the winning jet. I really like both designs, but I think I like the Boeing/Saab T-X a bit more than the T-50A. Not related to the post, but I think Boeing/Saab or Lockheed should develop their trainers into light fighters like the F-5 and try to sell them for export. This would create the exact same relationship that was between the T-38 and F-5. Also I LOVE you S-3 Viking and is my favorite jet/addon from you. Thanks for the awesome aircraft Dino!

I bought today your wonderful F-35 for Prepar3Dv3 and am inspired by this ingenious plane. What I like particularly well is the possibility to place the 2D panel on a second monitor. That's great.
But there is a problem. If I activate on the aircraft carrier the launchbar of the C_Variante this does not lock in the catapult and I can not start from the catapult. From outside it looks as if the launch bar is too short.
Flightdeck is "USS Nimitz - AICarriers 2.net
Am I doing something wrong or is it really at the Lightning?
Can you please help?
It would be really fantastic to be able to fully utilize this aircraft carrier.

Ps: Sorry for my bad English.

The Catapultstart now works correctly. Lauchbar snaps in and I can start completely normal. No idea what was going on.

Thanks for this wonderful F35. It's incredibly much fun to fly this aircraft! :)
I'm curious about what you planned for the F35 Lightning and look forward to your next update. Beautiful would be illuminated cockpit switches.

hi Dino....i think you are possibly aware of the new flight sim world, where i was able to bring the f-14 over(directory structure appears similar/same as with FSX) any plans of porting/updating files to run on 64bit fsw?
the F-14 runs well, handles fine, except the glass cockpit, which i think is probably a DLL that displays those items on the screen. it is a work in progress, but i think it has a lot of potential....
thanks for any info or response you might care to give