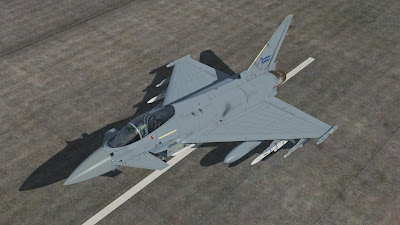 As some of you are aware of, the Typhoon paintkit was lost in the ransomware attack I suffered from last year. So, in case you want to repaint the Typhoon, the closest thing I can provide you with is the set of uncompressed templates which are the ones I used to create the liveries.

Color reference is as follows:

Download link is HERE
Posted by ScimmiaSpaziale at 2:04 AM

Thanks Dino. Great work as usual. Pity we don't have these in OZ.

Thanks a lot, surely much more liveries will come out!
Bye!