And now something completelty different...Freeflight for mobile phones: 260.000 downloads!

Freeflight is a J2ME midlet (i.e. an application for Java enabled mobile phones) I wrote for fun back in 2005. At the time I was a mechanical design engineer in the Motorola Design Center in Turin, Italy.
It started as a quick test I did to experiment the 3D capabilities of the then-new JSR-184 libraries. True 3D in mobile phones was a new thing some years ago.
Of course, the experiment grew to become a very simple "flight simulator" which I uploaded to http://www.getjar.com/ to make it available for download. Constraints were huge by modern standards (total application size had to be less than 250Kb) but it was fun.
I had almost forgot about that project....but from time to time I still get some emails about it. I've recently checked its getjar webpage and found it has reached more than 260.000 downloads! Here is the link:
http://www.getjar.com/products/2229/FreeFlight
Also, before that, I wrote a simple arcade game named Tomcat Dogfight:
http://www.getjar.com/products/869/TomcatDogfight
Please understand that I cannot offer any kind of support whatsoever. I do not have the time for that, and besides I barely remember about them. Also, please note that, while the applications are given for free, downloading them application from the network may have connection cost (depending on your contract). Don't blame me, in case, as I do not earn anything from that. All those projects are freeware.
By the way, as consequence of the current economic downturn, Motorola has closed that site leaving a lot of my former colleagues without a job. A sad end to what was a wonderful place to work in. I had a great time and I wish the best to all of my friends in Turin. 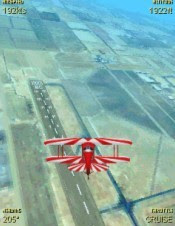 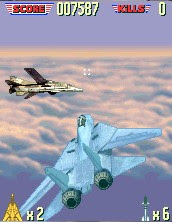 Posted by ScimmiaSpaziale at 11:34 AM

Nice! I´m a big fan of all your products xD.

Thank you for your awesome work! :D