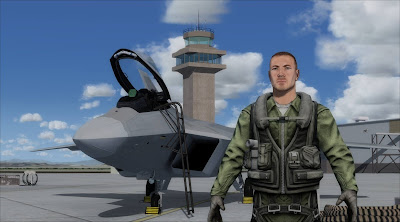 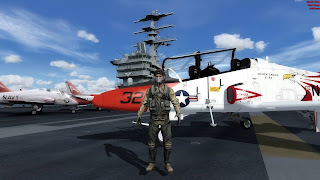 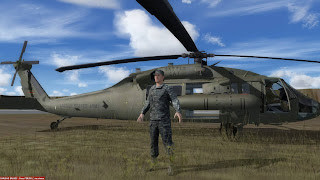 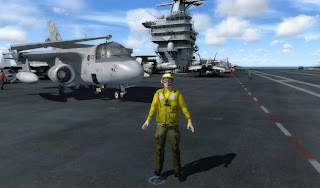 Posted by ScimmiaSpaziale at 11:50 AM

I wish FSX-P3D could stay away from that FPS look but this is an interesting enhancement, especially with the increasing detail and quality of the sceneries.
Thumbs up! As usual, great job Dino!

A wonderful addition Dino, will be nice to do a walk-around on that F-35 before taking it for a spin :)

Dino , great stuff!!! one problem , you used commas in the title= ... in the sim.cfg and that makes the simobjects not to be accepted by P3D V3 in the prepar3d.cfg as defaults, they can be selected OK in the Sim but not default, I had to remove the commas to be able to make them default in prepar3d.cfg.

noted - thanks.
I will fix that in an update once the number of changes and improvements reach a critical mass.

Wonderful Dino, love the Avatar package. Having some fun doing my Pre-Flights now and walking around on the deck of the ship.

Great work Dino! Have you given any consideration to including the option of selecting ethnic avatars as well?

Yes I did - the only reason why I have not included them is the overall number of possible variations... just including few options would make the number of models be over 100.

topsoftwaredealer.com said...
This comment has been removed by a blog administrator.
November 21, 2015 at 10:55 AM

Happy to support your work. So much that I bought your avatar package without owning a copy of P3D v3! I do have a question for you. Will you be using any other websites besides FlightsimPilotShop.com? Second time I have used the site and experienced download issues

tbump34 - well... THANKS!
Anyway the package is on sale at SimMarket, FlightSimStore and FSPilotShop. I will use all of these for the F-35.

topsoftwaredealer.com said...
This comment has been removed by a blog administrator.
November 28, 2015 at 8:24 PM

Hey dino, hope this isn't too much of a necro. Just wanted to say that the quality of your f-35 models warrant you charging for it, no need to feel bad. The price seems reasonable too. Thanks and keep up the great work!

Could you guys do a Antonov 70?

Anyway, as always you're doing a great job.

And I will pay for your free and payware job!