New project announcement(s) and updates for the current ones. 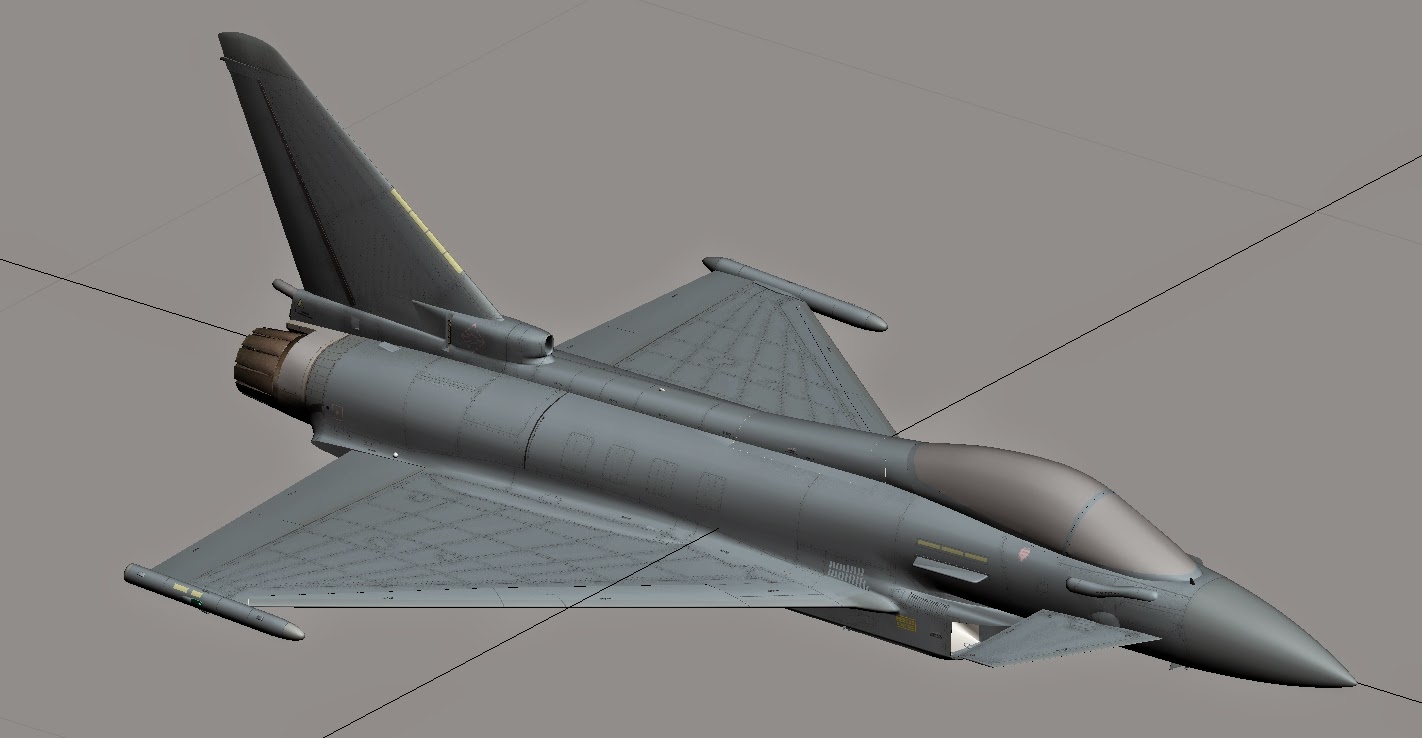 I have completed a feasibility study for an Eurofighter Typhoon and I think I can announce this will be my new project for 2015. This is a quite complex aicraft to simulate, and I can say right from the start that it is not going to be a complete and fully realistic simulation - for one, most of the aicraft documentation is still classified. After collecting the all the data I could get, I believe that, in terms of realism, it could be, more or less, in the same league of my Tomcat.
Preliminary targets for this projects are as follows:
- high detail external visual model and virtual cockpit
- medium fidelity avionic system ("medium" meaning that it will be more or less in the same league as my other projects in terms of realism)
- medium fidelity flight dynamics
- bespoke sound set
- support of working weapons though Tacpack (although other systems can/will be evaluated)
- release date: unlikely to be earlier than summer 2015
- probably payware, but still TBD (please understand this is a very complex project to develop...and may well require some fundings).

What about the Aermacchi MB339, then?
Well, it will be developed as a "platform extension" of the 326. Flight model, a big part of the avionics and roughly 60% of the visual model can be reused as they are. On the other hand the virtual cockpit is almost completely new, and the textures need to be redone.
I will continue working on it from time to time.

Speaking of the MB.326, the project has slowed down a little... but it is still in a very good shape an I believe that a release within November is still possible. Here are a couple of screenhots of where we are at the moment: 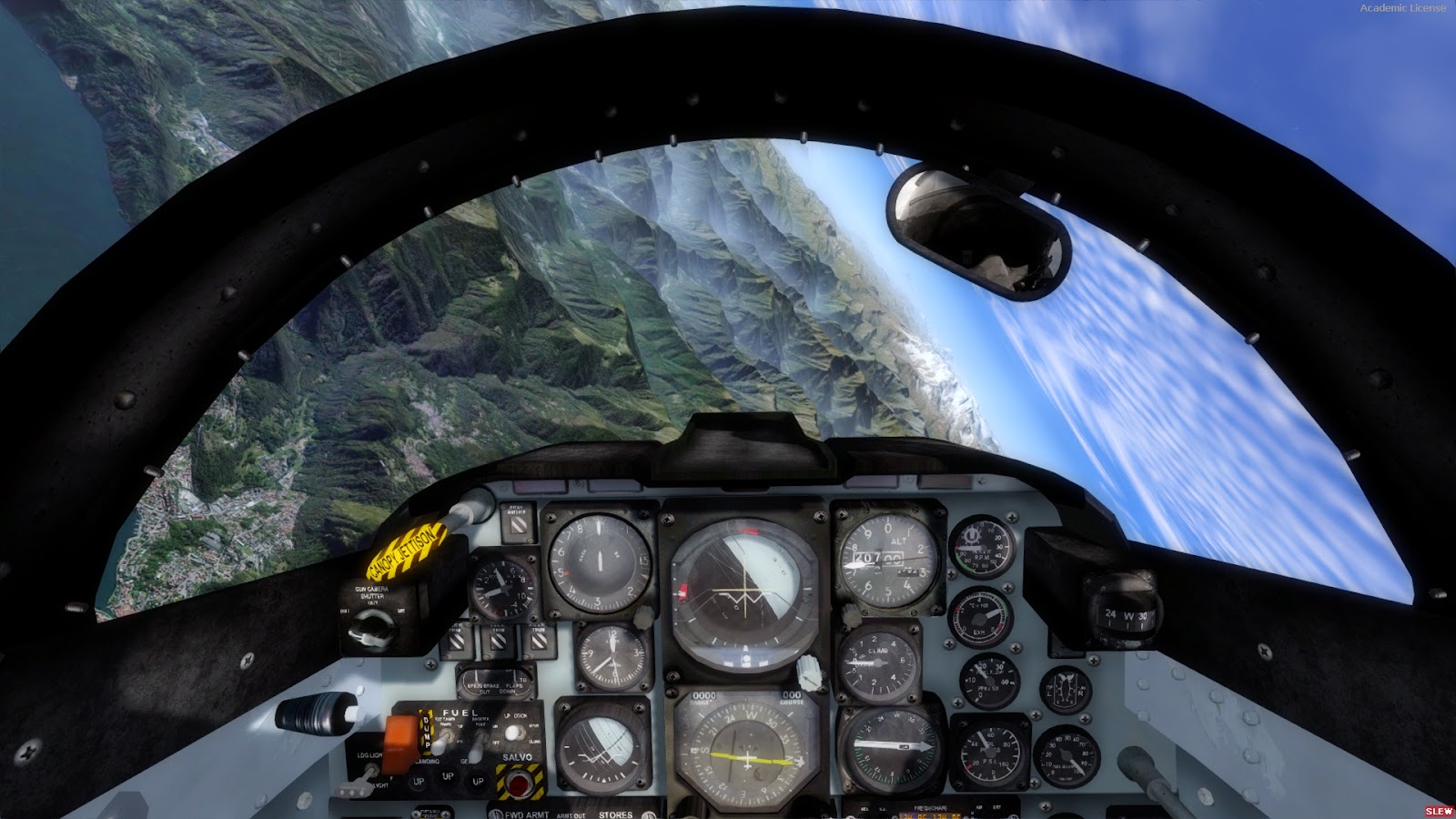 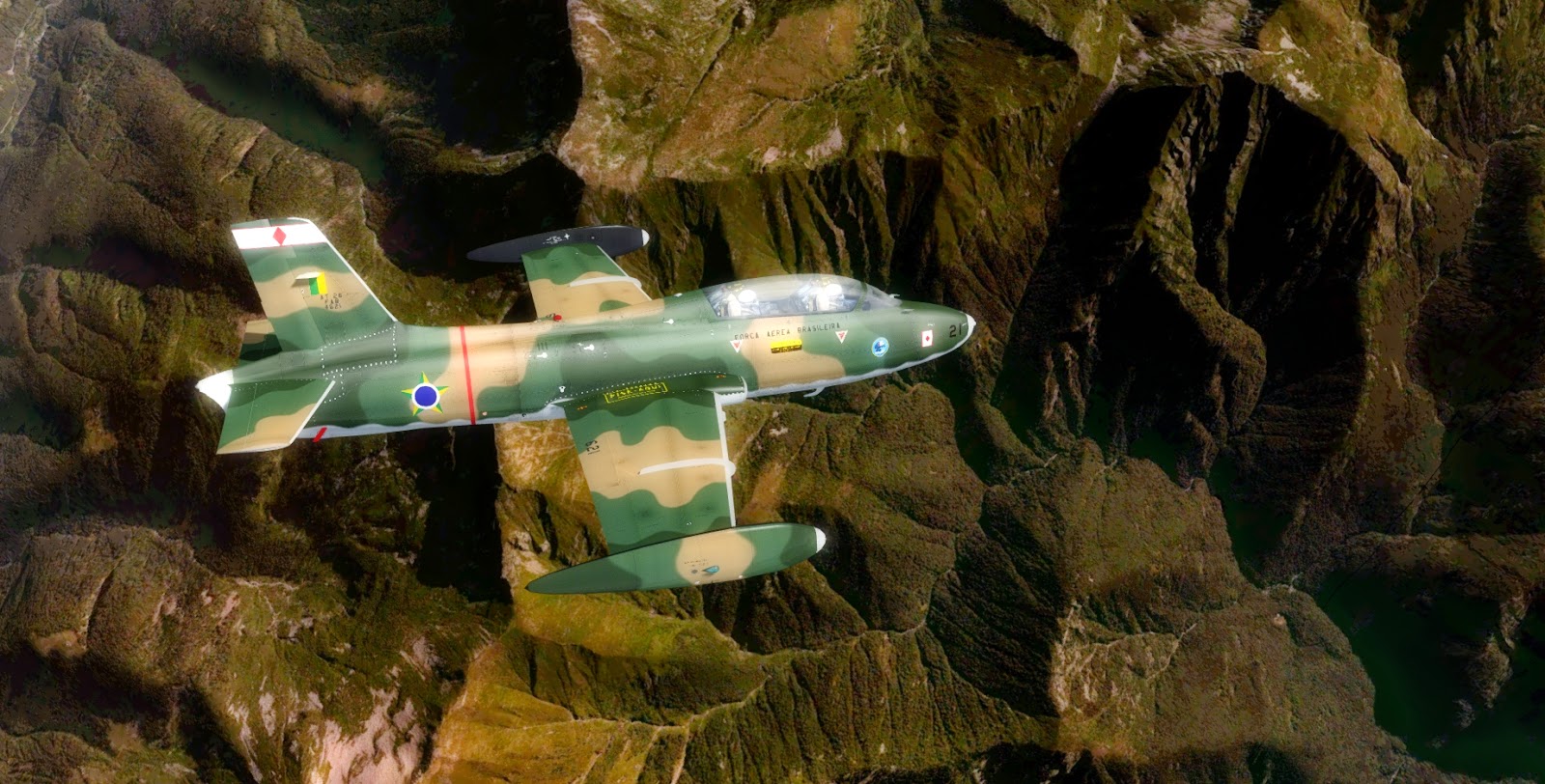 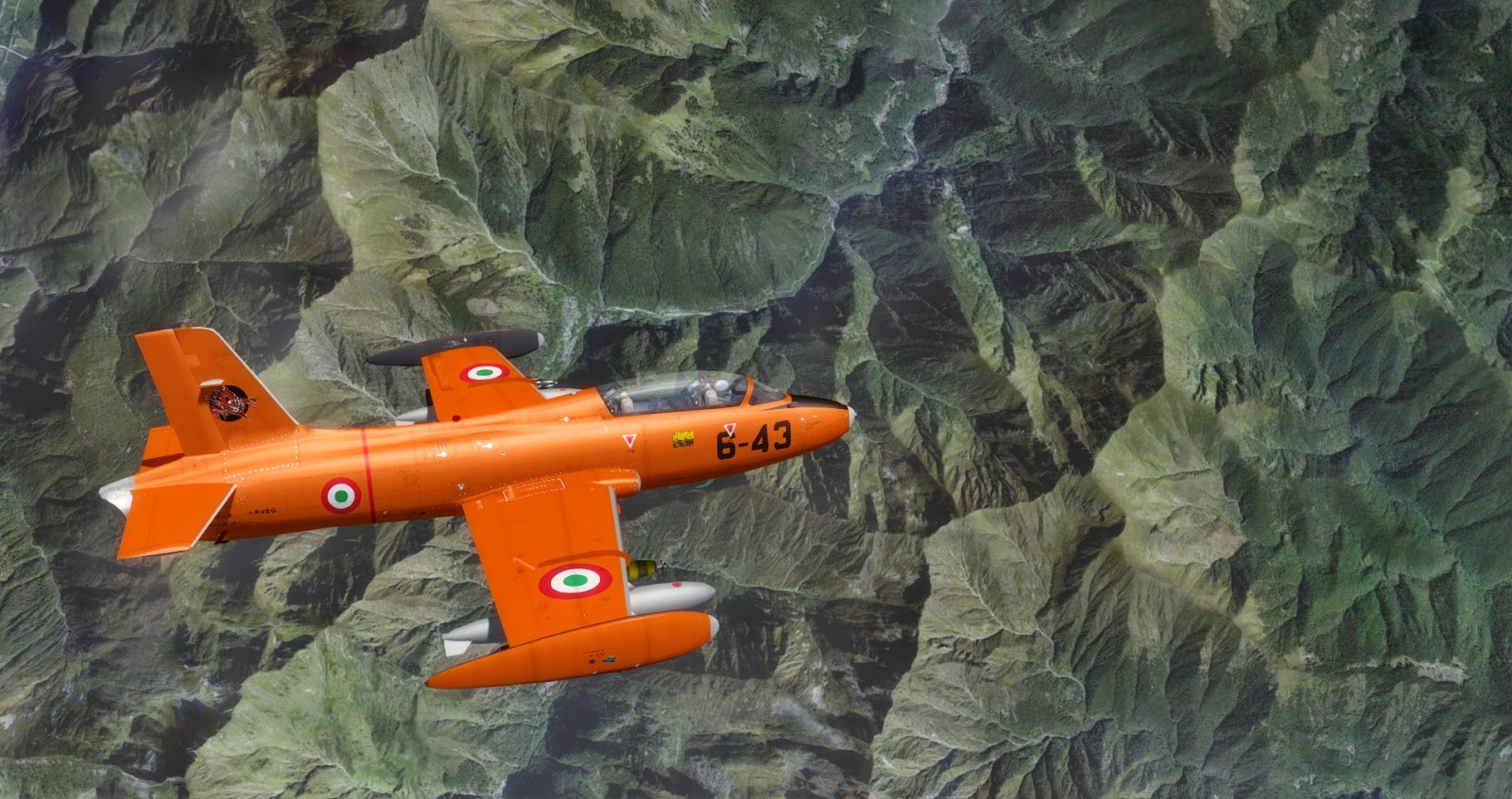 Last, quick update to the other projects.

Grumman F-14D Tomcat:This will be the next of the old projects I'd like to close - there are very few things that I'd like to fix/improve and I am quite happy with it - also feedback from the users is largely positive and seems that there are not big oustanding items to fix.

Lockheed Martin F-35 Lightning II:
I have several small improvements in the works for it... and if I had more time, with the new functionalities of P3Dv2, it would be possible to create a more complete avionic suite... we'll see.

Lockheed S-3B Viking:I have received many more comments for the v1.00 than I did for the Beta. I think this is partially expected, but the other way around would have been better. Anyway, there are no big changes, and v1.01 is on the way.
﻿
Posted by ScimmiaSpaziale at 10:41 AM

I'm looking forward to fly the 326! About the Thypoon, It will be for sure far better than the Just Flight one and consequently the best available for the FS community. Bravo Dino!

Will the MB339 be released after the 326 or after the Typhoon?

Good luck with the project, its exciting to hear that you will be creating yet another masterpiece.

Just a quick question, will your Eurofighter include the proposed optional Conformal Fuel Tanks as seen here? http://theaviationist.com/wp-content/uploads/2014/04/Typhoon-CFT-Al-Ain.jpg

As for the schedule... every project I do it done when it is done. The 339 will be handles as a "lower priority" project - it is too long to explain why... So I have no idea when it will be done.

As for the conformal fuel tanks, as well as other future improvements that Eurofighter is looking into - it is too soon to tell. It will also depend on how many resources will be available when the model is complete.

Finally there's Someone that is filling the gap relating prestigious and worldwide operated italian jet trainers !!!!!!

Dino: Your annonuncement of the Tiffy project sounds great to me! However, regarding "medium fidelity flight dynamics", I recommend at least some post-stall capability in its aerodynamics/flight dynamics design. The Tiffy was designed to be capable of post-stall maneuvering when it was being designed in the early 1980s, and your model should definitely respect this masterpiece of aerodynamics. At least, the model should include stable flying at 70 degree AOA without tendency towards departure from controlled flight. Additionally, you should tweak it to supercruise at Mach 1.2 in a clean configuration.
Kind regards, Joerg

Thanks for your note Joerg - I think I know a little about the Eurofighter, its story and its design specifications - and I have had the chance to see its great demos several times.
However, as you may be aware of, performance is still classified, and without performance table there is not guarantee of realism - that is what I meant with "medium".
Let alone the fact that some of the Eurofighter peculiarities are difficult to replicate with the FSX engine. We'll see then the time comes.

Dino, as a Brit, I just want to say how utterly thrilled I am that you are doing the Typhoon - thanks to you, I will now have TacPack-compatible versions of both of Britain's current & future front-line fighters (Typhoon & F-35).

Thanks so much once again!

I have a suggestion for the afterburner. Can you make the afterburner shine like on the IRIS F-15 and F-20 Tigershark?? And also maybe make a delayed AB reaction like the real planes??

Excited for the new aircraft!!

I'd love to see a newer E-2C or E-2D Hawkeye. There really aren't any quality ones for FSX

Sear sir are you plan to create an accurate F-16C or D 3d and avionics upgrade model? i am sure italian vpilot and not only will love it with Prepar3d or TACPACK combination , iam sure many many F-16 lovers need that.

Hey Dino, Not sure if this has ever been asked, but have you ever considered making or porting your aircraft for DCS World?

Hi Dino.. will the eurofighter be tacpack supported?