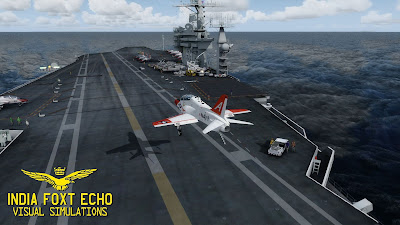 As much as I'd like to abandon the T-45C, some minor and annoying inaccuracies pop-up... hence here we go again with a new release... in this case, I was notified that the MFD-ADI sky/ground colors were reversed (due a wrong interpetation on my side of the NATOPS graphics). Cockpit videos show the real thing very clearly - so here we go again - sorry for the inconvenience.

Download link on the side bar as usual.
Posted by ScimmiaSpaziale at 1:11 AM 9 comments: 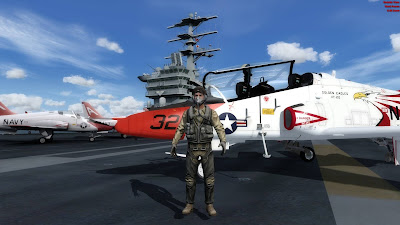 Following a report from an user, a significant bug has been identified on the latest release of the Goshawk - basically the latest Virtual Cockpit was built with the wrong ModelDef.XML file (which is the file that governs the associations between the 3D model and variables, click spots and visibiliyu conditions during MDL compilation...I have several for the various aircrafts). As result the Data Entry Panel was mostly unusable. It was not my intention to released yet another update to the Goshawk but this is a show-stopping issue to me and I felt it needed to be fixed.
Here is a new version that should fix the problem. Download link on the side bar. Once it is confirmed to work it will be uploaded to Avsim and Flightsim.
Sorry for the inconvenience!

Posted by ScimmiaSpaziale at 10:41 AM 6 comments: