Some screenshots of the new T-45... including cockpit images! 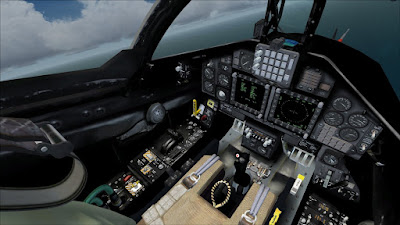 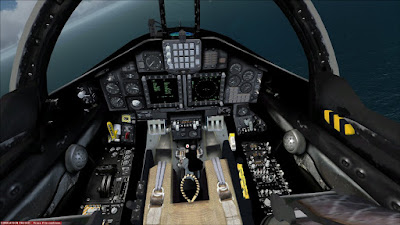 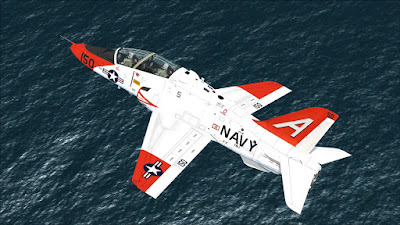 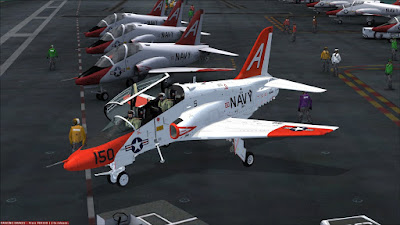 Here are some pictures of the new T-45C Goshawk. I finally found some time to work on the cockpit and the student/pilot station is graphically almost complete - I just have to fix some animations and clean up some textures. From the functional standpoint, some needles are not working yet, and I still have to do the warning and caution lights - and the night lighting. In terms of functionality do not expect any major change from the previous version - the major difference will be that what is there should be significantly closer to the real thing.

I am sorry but I do not have time right now to add more comments - so I hope the images above speak for themselves....
Posted by ScimmiaSpaziale at 2:26 AM 6 comments: 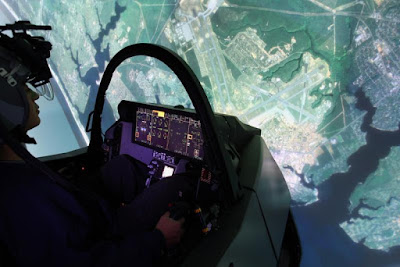 As my previous post was about the real T-45C simulator, here is a picture of the first real "Full Mission" Simulator of the F-35, recently delivered by Lockheed Martin to Eglin Air Force Base's 33rd Fighter Wing.
Obviously this simulator sports state-of-the-art fidelity and realism, as well as a top-notch visualization system and, of course, can be set to simulate all the variants of the F-35.

Back to videogames (yes...I am a blasphemer...I still consider FSX just a videogame...) I have some good news. Meaning that I've made some significant progress with the T-45C student/pilot cockpit...and graphically I'd say it is 90% complete - I just miss some minor details here and there and I'd like to redo a couple of textures. It looks good IMHO. It is mostly "hand-drawn" meaning it looks less photographic and a little more stylized - but it is also much closer to the real deal - and IMHO it is closer to the general graphic style of FSX (& Flight - I hope that it will be possible to port it to the new simulator). Long story short it looks better than the previous one - and it is also less resouce-intensive so that it may be possible to model the instructor cockpit too (albeit I will probably not replicate some minor differences between the two cockpits that are there in the real plane - like different layout of external lights controls to name one). Still the instructor cockpit presence is not confirmed - I may not have time to complete it in a reasonable time.

I will post some WIP pictures of the new cockpit as soon as I've placed all the missing details - probably during the next weekend.

Posted by ScimmiaSpaziale at 2:10 PM 4 comments: