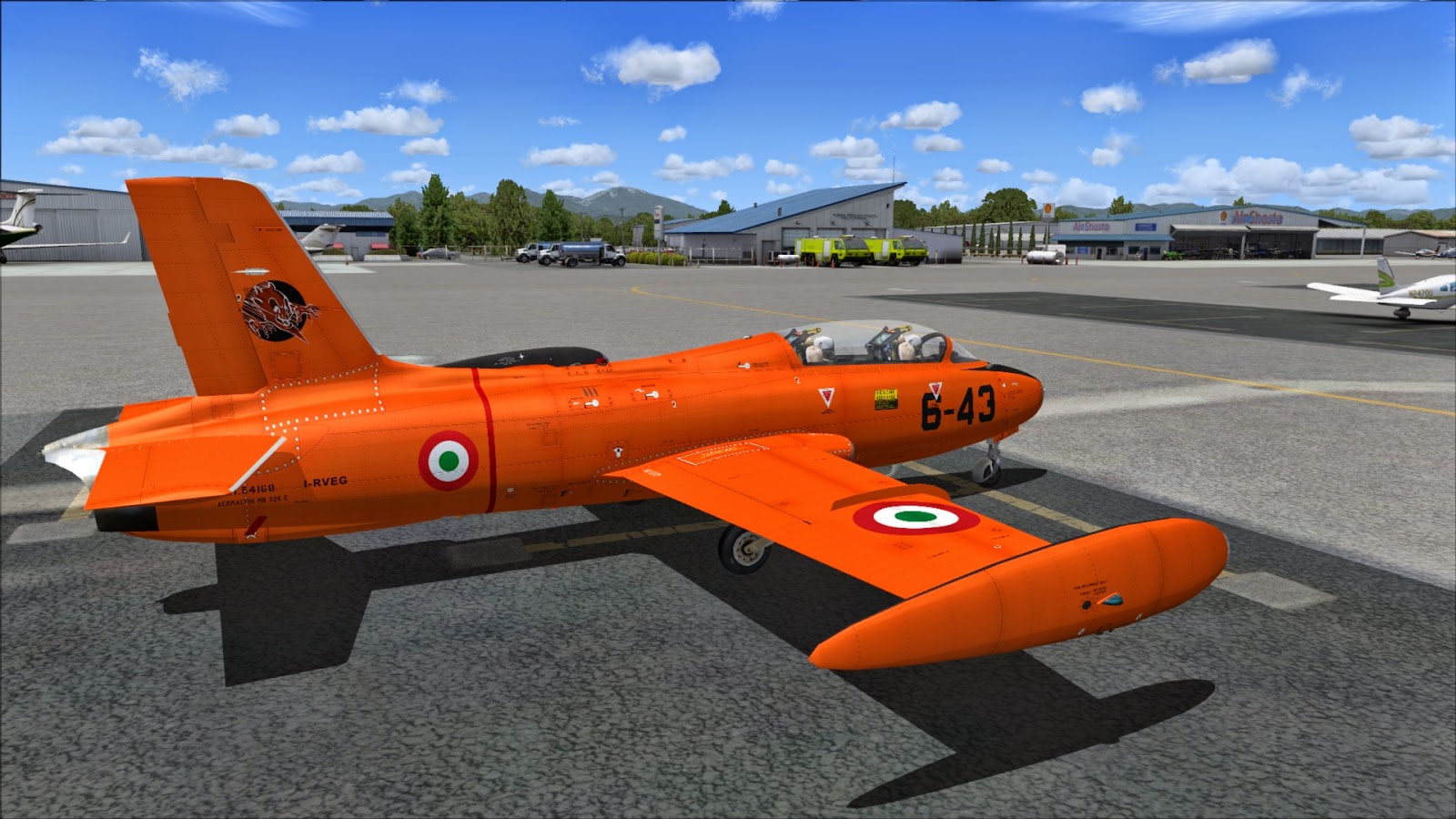 Time for the first update to the Aermacchi MB.326. No big changes but several small fixes to some minor defects that were part of the original 1.00 build.

As usual, download is on the side bar.
For the moment this and the F-14D update will only be hosted on this blog because, for some reason, uploading to Avsim and Flightsim is painfully slow from my home in these days...

Aside, in the near future I will probably start releasing P3Dv2-only updates for some projects... more news soon.
Posted by ScimmiaSpaziale at 1:22 AM

Lovely aircraft! But I can't see anything on the HUD? It's completely blank.

Hi Dino, i absolutely love the MB.326 also known as the Impala here in South Africa. You have done such a great job and even included some old South African Air Force liveries - well done. I just don't like the grunting and breathing sounds when pulling G's, any way to turn that off, otherwise it is near perfection. I have actually flown in a real Impala jet and your recreation is extremely good!

Is there a HUD or Gun sight for this model or will you add one to it? Simply superb range of addons and whats even better is they are so fps friendly as well - Brilliant, keep up the good work

I am using the jet on FSX Gold and found that the interior sounds (switches etc) wouldn't work nor would the configurator. Do I need acceleration for this to work? Otherwise, it is a simply superb aircraft!